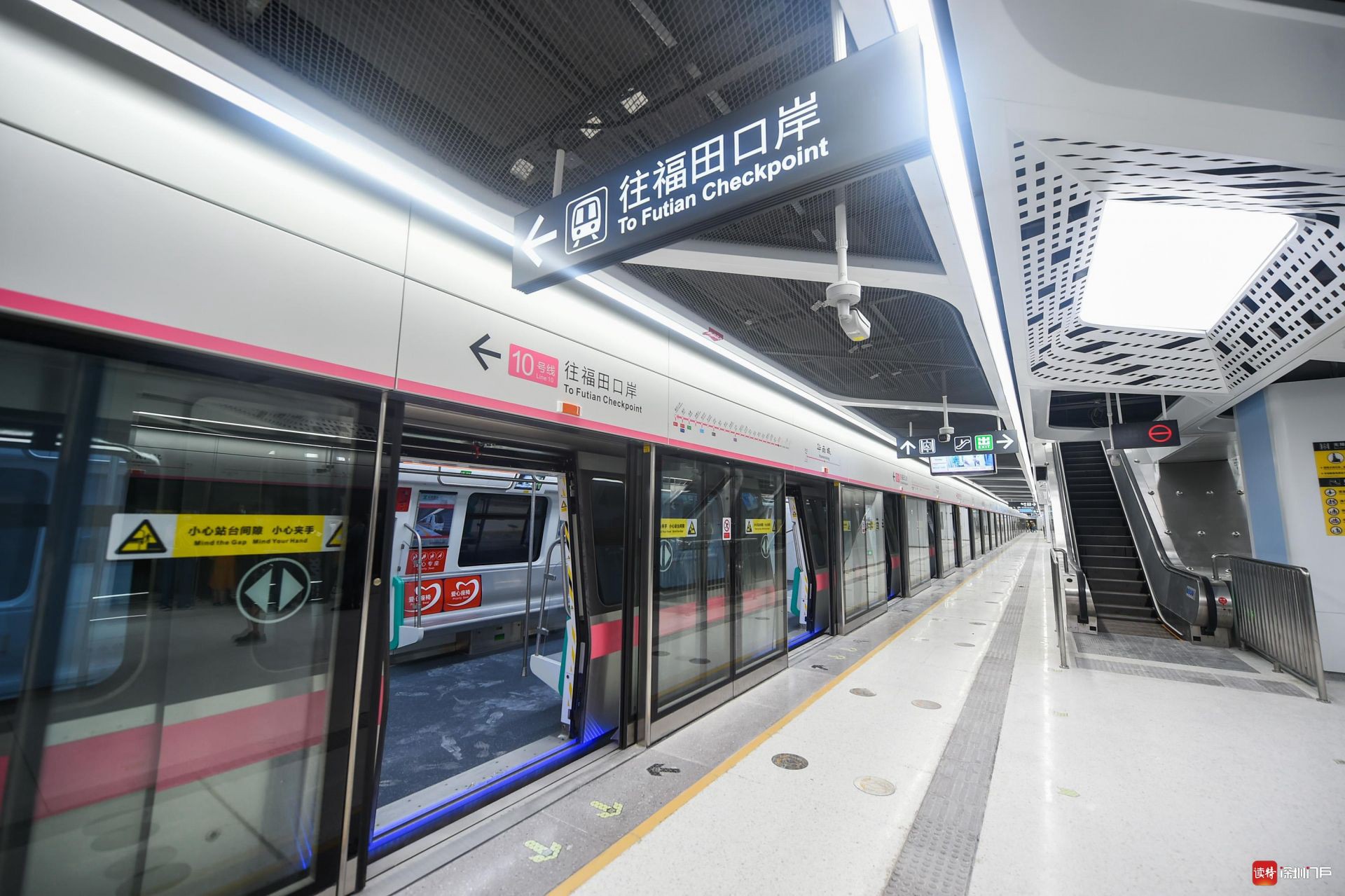 A scene at the platform of Huanancheng Station on Metro Line 10. DT News

According to the principle in fare calculation, the fare is calculated based on the shortest route of two stations.

With the opening of new routes like Line 6, Line 8 and Line 10 this year, fares on some sections will be discounted by 1-3 yuan.

The most expensive fare for the whole system will be lowered from 14 yuan to 13 yuan.

For example, riders from Yonghu Station to Houting Station need to change to Line 5 and then Line 11, for a trip of 72 kilometers. With the opening of Line 6, passengers will change to Line 6 at Shenzhen North Station and then change to Line 11 at Songgang Station, resulting in a trip that is 62.6 kilometers. Correspondingly, the fare is dropped from 13 yuan to 11 yuan.

Lines 6 and 10 are scheduled to open this August and Line 8 will open before the end of the year.

The 29.3-kilometer Line 10 passes through Futian and Longgang, calling at 24 stations. Passengers can change to Lines 1, 3, 4, 5, 6, 7 and 9 along the journey, which will greatly relieve traffic pressure between Futian CBD and Bantian.