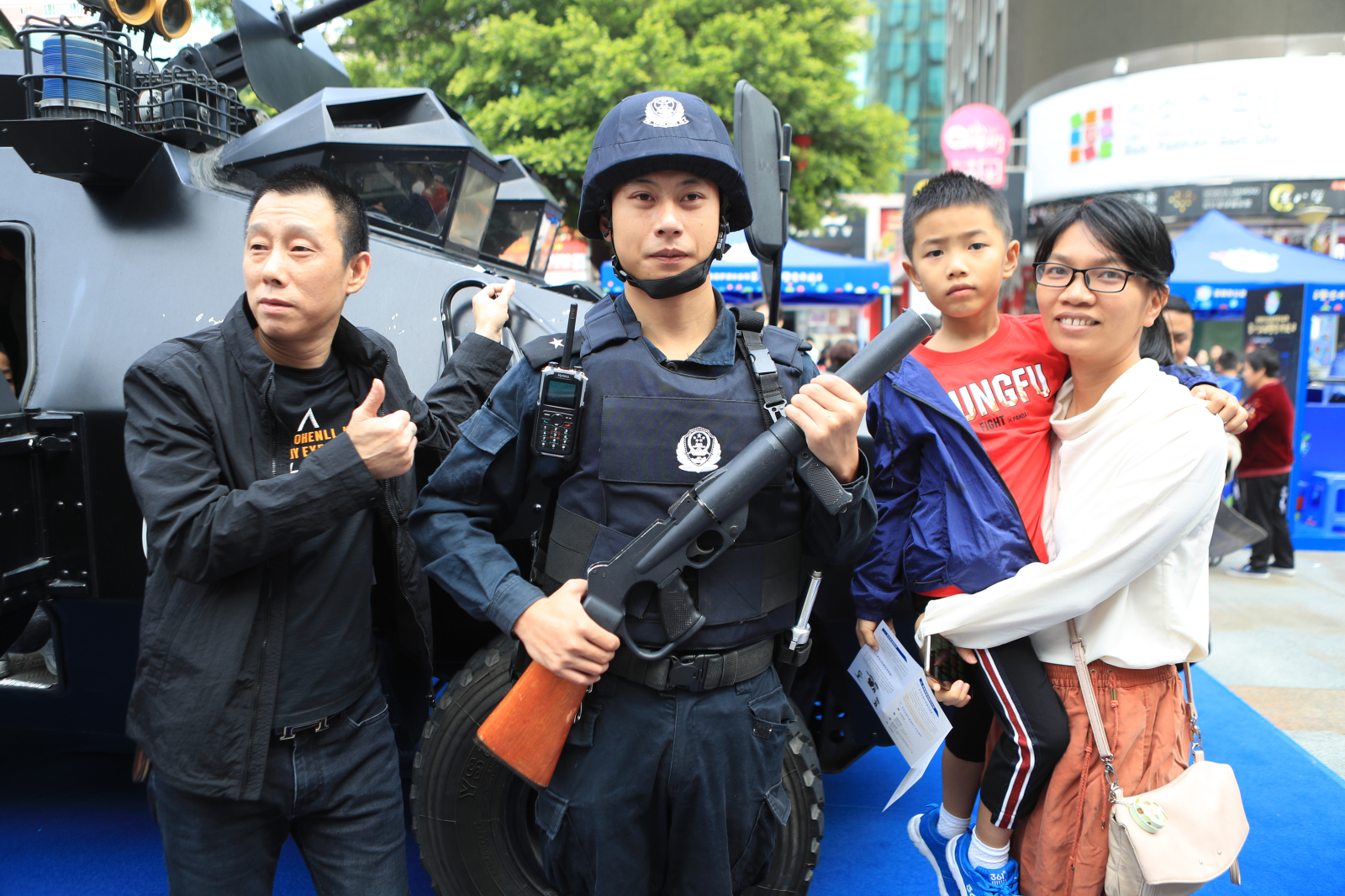 Residents pose for a photo with a policeman at the 15th Shenzhen Police Open Day. Sun Yuchen

Visitors not only enjoyed traditional programs like equipment displays and police dog performances to learn about policing, but got a chance to see new tech, like patrol robotics and intelligent robotics, that is used in police work.

The open day was officially inaugurated at 10 a.m. with an announcement by Xu Wenhai, vice mayor of Shenzhen and head of the Shenzhen Municipal Public Security Bureau.

In Nanshan District, police opened 12 locations, including police stations, for the public to experience the application of technologies and interact with police at the Intelligent Experience Hall, Police Technology Exhibition, Police-Enterprise Innovation Lab and Police Combat Skill On-site Teaching.

At the site of Nanshan Sports and Culture Center, the main venue for the Nanshan police, visitors could see driverless patrol vehicles, try on AR binoculars and talk with remote controlled 5G robotics.

In Bao’an, police displayed armored equipment, including anti-terror, anti-explosive vehicles, and different types of guns and weapons. The district also organized an exhibition of 100 pictures for the public.

A robot that combines facial recognition, AI and intelligent learning, along with functions for reporting and consultation, made its debut. This type of robot can meet the needs of grass-roots police stations.

In Longgang, a juvenile police camp marked its 2nd anniversary. Established in 2017, the Longgang Juvenile Police Camp had more than 20,000 members with students from 50 schools.

The Shenzhen traffic police organized activities at eight locations across the city, displaying technologies like VR, AI and facial recognition.